In February 2016, Health Canada approved Truvada (tenofovir and emtricitabine) as a viable method of pre-exposure prophylaxis (PrEP), preventing people who are HIV negative from becoming HIV positive. Although the use of the medication was approved by Health Canada, it was not made readily available through BC’s Medical Service Plan. However, the First Nations Health Authority (FNHA), whose work involves providing health and wellness programming for First Nations people in BC, had already approved the medication on their provincial medication formulary, which meant that PrEP was available immediately (February 2016) to any First Nations members who were residents of BC. In addition to this, Inuit residents were also eligible to receive PrEP at no cost through the NIHB (Non-Insured Healthcare Benefits) program.

To make reparations, restore relationships, and demonstrate the value of the health and well-being of First Nations and Inuit community members, HIM will:

HIM leadership recognizes and regrets the mistakes we have made, acknowledges them and apologizes for them. We have taken steps to understand their impact and commit to future work as outlined above. HIM is committed to listening to feedback and suggestions from Indigenous communities as well as peer organizations involved in supporting Indigenous communities.

BC Day HIM Health Centres Closure

BC Day HIM Health Centres Closure 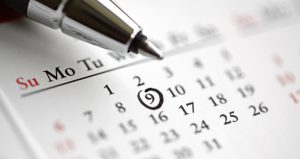