Vancouver, BC: Today, Health Initiative for MEN (HIM) – a local non-profit society that aims to strengthen the health and well-being of gay, bisexual, transgender, Two-Spirit and queer (GBT2Q) men -announced the launch of a new intervention to help men who are “less out” about their sexuality, find information and tools to safely and confidentially access mental, sexual and social health in the community.

The multi-pronged intervention (OutsideIN) includes a website resource and accompanying awareness campaign which aim to build empathy and understanding among the GBT2Q community toward the fact that outness is different for everyone.  “We at HIM want to let guys, who are less out, know that they don’t have to be out in order for them to access the/our tools that are designed to help them to take control of their own sexual health” Said Aaron Purdie, Associate Director, Programs and Interventions.

Commenting on the launch, Program Manager, Health Promotion Simon Rayek Said: “We need to simultaneously recognize the unique stress related to being less out while understanding that coming out is not the singular solution. Between 10 and 25 percent of men who have sex with men in Canada say they have never ‘come out’ to anyone, including their doctors. These men experience a number of health inequities compared to their more “out” counterparts; they have lower sexual health literacy, lower testing rates for HIV and other sexually transmitted infections, weaker social networks, higher rates of social isolation, and increased stress levels. We also know that these inequities are often unaddressed by health organizations whose reach may be more-or-less limited to GBT2Q who are out enough to openly inquire about and utilize health services aimed at sexual minority populations.”

HIM invites members of the GBT2Q community and the broader society to visit www.outness.ca to learn more and start unpacking the complexities of outness. 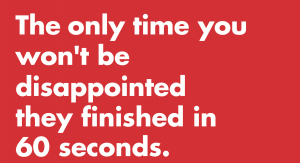 HIM to Participate in First National HIV Testing Day in Canada

HIM to Participate in First National HIV Testing Day in Canada

Give HIM a Hand.

Give HIM a Hand.