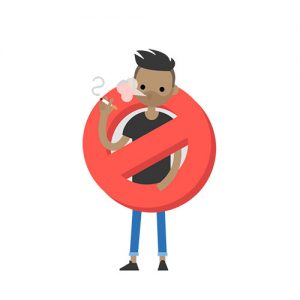 Maybe you smoke when you go out to the bars with your friends.

Maybe you used to vape, and recently you’ve started buying packs of cigarettes.

Maybe you smoke as a way to get a few moments of peace in a busy and competitive work environment.

Maybe it helps you out, and you enjoy it!

We know you’ve seen the preachy ad campaigns and safety warnings on cigarette packages and in the media, and so we aren’t going to lecture you about quitting, however, there are some things you might be interested to find out about gay, bi, two-spirit, queer and other guys into guys (GBT2Q guys), and our smoking habits!

People smoke: Based on reports from Statistics Canada, approximately 17% of the general population smokes.

Gay, bi, two-spirit and queer men are even more likely to smoke: In British Columbia gay, bi, queer and other guys into guys who are over 19 years old, are more likely to smoke on a regular basis. Studies show that , when it comes to GBT2Q men, between 29-41% of us smoke.

People living with HIV may have additional risks