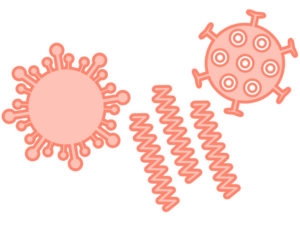 In addition to HIV, gay and bisexual men are at risk for contracting a variety of sexually transmitted infections (STIs), such as gonorrhea, syphilis, HPV, and Hepatitis C. In 2011, 9% of gay and bisexual men in BC reported having been diagnosed with an STI in the past 12 months. Getting tested regularly for all STIs is an important part of staying on top of your sexual health, especially since having an STI makes you more likely to pick up or pass on HIV. All STIs are treatable, but not all STIs have a cure, such as herpes.

While the most common way of getting Hepatitis C is through sharing needles for injection drug use, growing research is demonstrating that Hep C can also be transmitted through sexual contact, with a number of gay men who have no history of injection drug use contracting the virus. Hep C is passed when blood from an infected person gets into the bloodstream of someone uninfected. Microscopic traces of blood can carry the virus, and the virus can survive in dried blood outside the body for several days to weeks. The virus is not transmitted through semen or feces.

Hepatitis C can be passed during certain types of sex between guys, usually when a penis, sex toy, or hand with Hep C-infected blood goes into the anus of another guy. This often happens during group sex, where more than one bottom is sharing the same top or sex toy. Both rough sex and prolonged sex increase the chances that blood will be passed between guys.

While a lot of emphasis goes into getting tested for HIV, people may not be routinely tested for all STIs including Syphilis. In 2012, BC experienced the highest number of syphilis cases in over 30 years. Although it is treatable with antibiotics, it can cause severe long term complications (or death) if not treated early. While an infected person often has no obvious symptoms, doctors are recommending that gay guys get tested and do so often as a part of their sexual health testing regimen. Doing so will not only lead to faster treatment of the infection, but will also prevent its transmission to partners. You can schedule a test at the HIM Health Centres or to find a clinic near you, check out Smart Sex Resource:

Human Papilloma Virus (HPV) is a very common sexually transmitted infection. HPV can be transmitted by oral, anal, and/or genital sexual contact. Studies have found that HPV infection is widespread among sexually active adults, and more so among gay men and other men who have sex with men, particularly those who are HIV positive. It should be noted that appropriate use of condoms can reduce but not eliminate the transmission of HPV, as transmission can occur from contact outside the area protected by condoms. There is a vaccine available to prevent HPV. For more information read our Position Paper on HPV:

Position paper on HPV
HIM honours the xʷməθkwəy̓əm (Musqueam), Skwxwú7mesh (Squamish), and səlil̓ilw̓ətaʔɬ (Tsleil-Waututh) Nations, and the territories of many nations on the west coast of Turtle Island, on whose unceded and stolen land we live and work. As uninvited inhabitants, we acknowledge that this space is and always will be Indigenous land.