You may have read the news that the number of people becoming HIV positive has fallen 52% since 2011 in Vancouver, Richmond, the North Shore, and Coast-Garibaldi. A record low of 86 people in the region were diagnosed with HIV in 2018, which is a substantial decrease from 178 new cases in 2011. This year, the number of new transmissions are trending even lower, with 26 new cases reported as of mid-June.

While advances in HIV-prevention tools such as PrEP and PEP as well as treatment for those of us living with HIV and the emergence of U=U have undoubtedly played a role in the decrease in transmissions, it’s vital to remember that HIV-prevention tools are only effective when they are made accessible to the community members who need them. It is thanks to the work of community members themselves (including those who are living with HIV), community organizations, researchers and medical care providers, that tools for HIV prevention have become increasingly accessible.

HIM is part of this effort and has worked hard to help increase our communities’ access to the best HIV-prevention tools available:

The number of community members we support, combined with the dropping rates of HIV in many of our communities, demonstrates the impact and success of the work done by HIM and our many volunteers, staff members, community partners, advocates, and supporters.

While we celebrate the impact of our community’s HIV-prevention efforts, we need to continue eliminating barriers to HIV-prevention and HIV treatment. People living with HIV continue to face stigma (despite the science and community effort behind U=U) and people who are economically and socially marginalized still experience barriers to accessing both treatment and prevention. HIM and our partners must continue to prioritize increasing access equitably. This means ensuring access for people who face disproportionate marginalization and social barriers that include poverty, isolation, as well as gender and race-based violence and discrimination.

Equally important is the need to increase access to mental and social health support programs and services that are safe for all members of our communities. Access to mental health resources as well as social support networks not only play an important role in HIV prevention and HIV care, but are important in creating safe, healthy, and thriving communities.

HIM SOLIDARITY STATEMENT WITH THE BIPOC COMMUNITY

HIM SOLIDARITY STATEMENT WITH THE BIPOC COMMUNITY

Naloxone Training: Be Prepared with HIM

Naloxone Training: Be Prepared with HIM 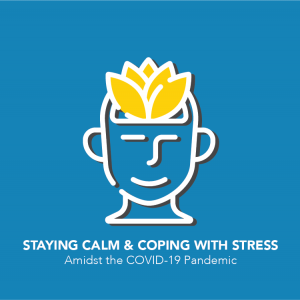