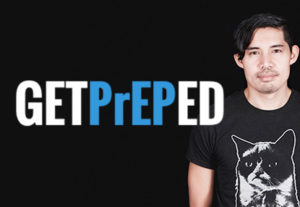 How effective is PrEP?

PrEP works. Taking PrEP as prescribed (every day, and aiming to not miss doses) is one of the most effective methods for reducing the chances of picking up HIV. Daily PrEP is usually

PrEP is most effective when taken as prescribed, but life happens and sometimes we can miss a pill. If you missed one pill in a month by accident is not likely to reduce PrEP’s effectiveness, but missing too many pills (e.g. missing 3-4 pills in a row) can make PrEP less effective. Setting reminders on our phones, or placing the bottle in a visible area are a few ways to remember to stay on top of your PrEP.

What the research says...

Though it may seem like it’s a pretty new HIV-prevention tool, PrEP has been used safely for many years in the USA, Europe and parts of Canada and is supported by strong scientific evidence.

The iPrEX study showed that Tenofovir and Emtracitabine (also known by the brand name Truvada) could be taken for PrEP to prevent HIV transmission. It was estimated that for those participants who took PrEP every day reduced the chance of acquiring HIV by 99%.

The iPrEx study showed that PrEP was highly effective as long as it was taken consistently and correctly.

Recently, Kaiser Permanente (an American insurance provider) examined the effectiveness of PrEP by looking at transmission rates in people prescribed PrEP by their doctors. This was done outside of a formal research project and focused on people living their lives outside of a clinical trial. Unlike studies that compare different control groups, every participant was taking PrEP: in this study, not a single participant became HIV positive.

There is plenty of evidence to say that PrEP works, and if you are curious to learn more here.

To learn more about the effectiveness of PrEP on-demand, click here.

One of the other potential benefits of taking PrEP is that PrEP can help ease our anxiety about picking up, or coming into contact with HIV.

Even if we don’t have the type of sex that is likely to pass HIV, we might benefit from taking PrEP if we think our anxiety around HIV is negatively affecting our sex lives or general health and wellbeing.